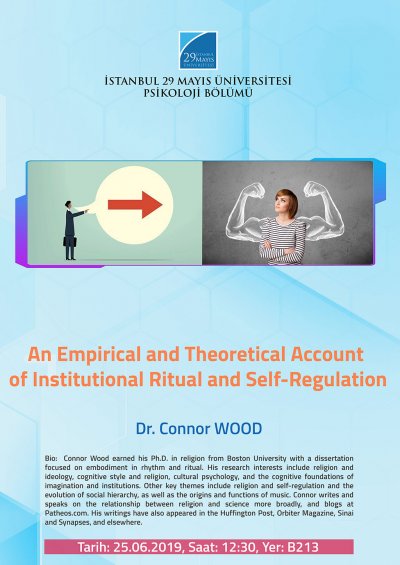 An Empirical and Theoretical Account of Institutional Ritual and Self-Regulation

Connor Wood earned his Ph.D. in religion from Boston University with a dissertation focused on embodiment in rhythm and ritual. His research interests include religion and ideology, cognitive style and religion, cultural psychology, and the cognitive foundations of imagination and institutions. Other key themes include religion and self-regulation and the evolution of social hierarchy, as well as the origins and functions of music. Connor writes and speaks on the relationship between religion and science more broadly, and blogs at Patheos.com. His writings have also appeared in the Huffington Post, Orbiter Magazine, Sinai and Synapses, and elsewhere.